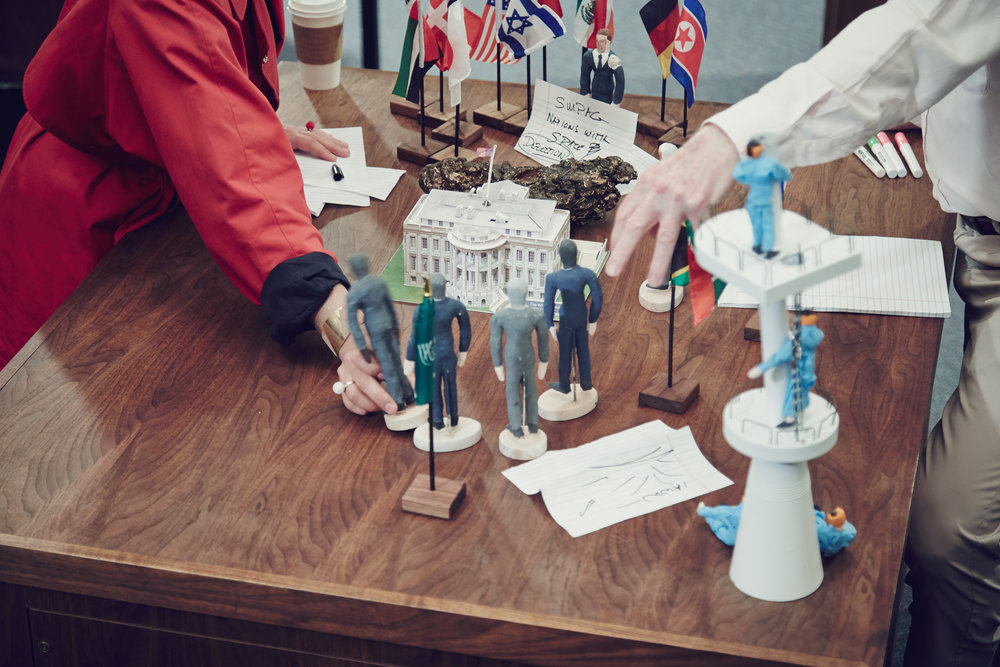 Today, WeTransfer partners with Head of Experiences and collaborator, Nelly Ben Hayoun, to launch Politics!, a series of cartoons and illustrations, which will feature the work of at least one satirical cartoonist from each European country. The weekly illustrations will comment on the recent European elections and the state of European politics in general through art and creativity.

The file-transfer service and Nelly Ben Hayoun now call on illustrators and cartoonists of all ages to participate and share their viewpoints to be showcased on WeTransfer’s renowned full-screen backgrounds from June 2014.

WeTransfer will then feature these submissions every week, challenging the digital sphere for their critical opinion. With a base of 50 million monthly users, the Politics! series will be seen by a wide range of people across the globe, creating a forum to discuss the future of politics and current debates.

Nelly Ben Hayoun, WeTransfer's collaborator and Head of Experiences, comments: "That is 50 million voices and critical opinions. Therefore it is a fantastic platform for debate and that is what the Politics! Series is set to prove.

"There is a real hope to actively engage WeTransfer users into critically thinking what the future of politics might be, can be and should be. Satirical cartoons are a genius artistic medium that convey just that. If you have a drawing you would like to share with us, please email it to us to be considered for the series."

Comment on the result of the European Vote and the vote abstention. With your own
hand, in your own words (with or without, it's up to you) in one or more drawings. It
can be as controversial as you like. Send your drawings for selection to Nelly Ben
Hayoun at nelly@wetransfer.com by the end of June.

Format: The artwork should be in 1920x1200 and here are some guidelines: http://wtrns.fr/wallpaperguidelines and a tester: http://wetransfer.info/backgroundtester-v2/

Nelly Ben Hayoun added: "As a designer, it has always been essential for me to engage in politics and to convey engagement and creativity. To understand what, why and how things get done is key to my practice. What I am witnessing today, with the alarming result of the European Election strongly make me believe that we should reflect and act to remain United. But that is one viewpoint, what is yours?

"In our seemingly more ostracized societies, this digital community stands up with its unique hierarchy system made of OpenSource content. Now imagine that we could invite all of these 50 million monthly users around a table to discuss the future of politics and current debates. What could this be like? In their own words, with their own creative expression and with their own viewpoints? Politics! will aim to do this and experiment with formats, tools and themes. This month we debate the European Elections and thereafter we will debate Design and Violence as part of a collaboration with the Museum of Modern Arts through the Design and Violence exhibition curated by Senior Curator, Department of Architecture and Design Paola Antonelli."

The curation of Politics! is being led by Nelly Ben Hayoun, Director of the International Space Orchestra at NASA Ames Research Center and Designer of Experiences at the SETI Institute, joined WeTransfer ‘corp’ as Head of Experiences to design cosmic user experiences and partnerships back in December 2013. Since then, she has taken WeTransfer users on a spatial journey, documenting her bold experiential practice via WeTransfer's full-screen backgrounds.

Interviews and further comment can be provided on request.

EUROPEAN ELECTIONS 2014 by Jean Jullien ©, May 2014 http://www.jeanjullien.com/ Jean Jullien is a French graphic designer living and working in London. He comes from Nantes and did a graphic design degree in Quimper before coming to London. He graduated from Central Saint Martins in 2008 and from the Royal College of Art in 2010. He works closely with the musician Niwouinwouin. His practice ranges from Illustration to photography, video, costumes, installations, books, posters and clothing to create a coherent yet eclectic body of work.

Jean Julien comments on his work (attached picture): “I was as shocked as most people to see the current rising tide of conservatism and anti- Europe. To think that our grandparents fought for a peaceful union of countries based on support, respect and openness, it makes me sad to experience such desillusion. Extremism, xenophobia and general selfishness never amounted to anything progressive. The very base of society is connection and interpersonal relationships. Why would anyone think waving goodbye to one another and stop collaborating would help?"

Nelly Ben Hayoun has been called the “Willy Wonka of design and science” and she is on a mission to bring chaos, subversion and disorder into the design and the scientific world. An award-winning director and experience designer she works with leading scientists and engineers, to devise subversive events and experiences.

Ben Hayoun previously collaborated with Beck, Bobby Womack, Damon Albarn, Maywa Denki, Bruce Sterling and Penguin Café in a musical collaboration that took music into space. Blasted from a Japanese launch pad in August 2013 and her most ambitious project to date; she assembled the International Space Orchestra (ISO) - the world first orchestra of space scientists from NASA Ames Research Center, Singularity University, International Space University and the SETI Institute. en Hayoun’s feature documentary: The International Space Orchestra, premiered at the International Film Festival in Rotterdam where it was acclaimed by the critique as a “masterpiece” (ICO), a ‘real achievement’ (DOMUS), “as thrilling as watching a rocket launch” and “Spine Tingling” (Guardian). It is starring real-life astronauts. The music was recorded in George Lucas’ studios, at Skywalker Sound.

In 2013, Icon Magazine nominated Ben Hayoun as one of the 50 international designers “shaping the future”. She is the Designer of Experiences at the SETI Institute in CA, USA and an academic at world leading institutions including the Architectural Association School of Architecture where she is a Visiting Professor (as part of the Unknown Fields Division), Central Saint Martins and the Royal College of Art where she is a lecturer. She is also a researcher in Human Geography at Royal Holloway, University of London, Ben Hayoun is a member of the International Astronautical Federation, Space Outreach and Education committee, her latest project Disaster Playground (2014) won the Arts Council England Exceptional Award. In her spare time is training to be an astronaut. 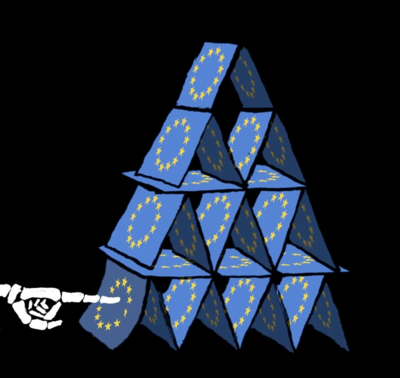