FKA twigs and WePresent continue creative partnership with new short film, We Are The Womxn 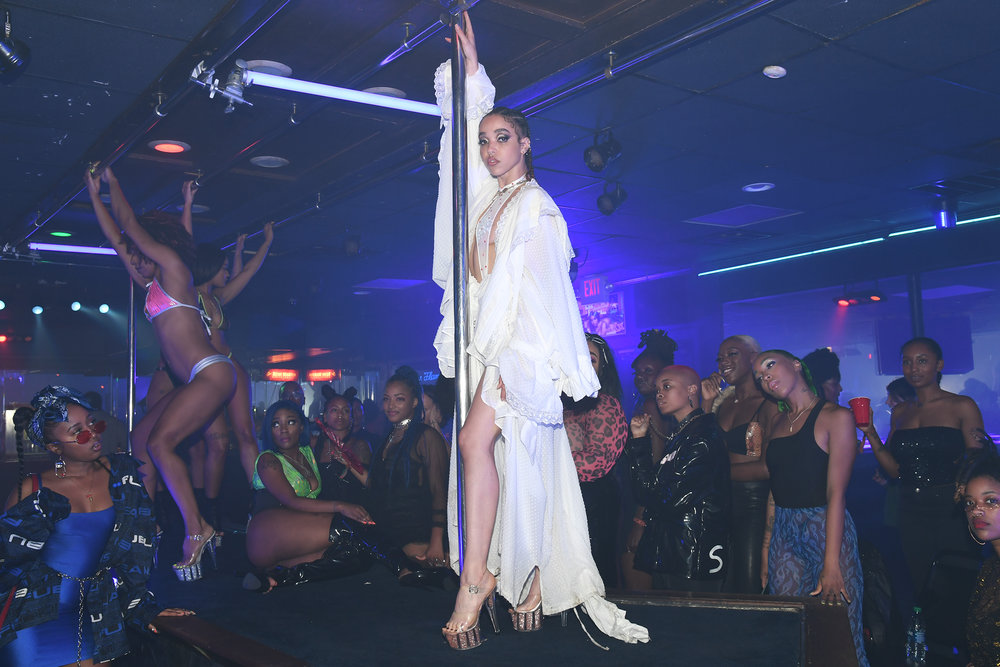 Today, FKA twigs and WePresent, WeTransfer’s editorial platform, launch their latest collaboration, the short film We Are The Womxn. Directed by Ivar Wigan the short film documents FKA twigs as she travelled to perform at Afropunk Festival in Atlanta in late 2019. There she joined forces with healer and spiritual leader, Queen Afua, to host a moon dance in celebration of the sacred womxn. After the moon dance twigs led the womxn to Blue Flame: Atlanta landmark and the city’s first black strip club. Summoning the divine feminine, together they created an environment in which womxn danced for each other. 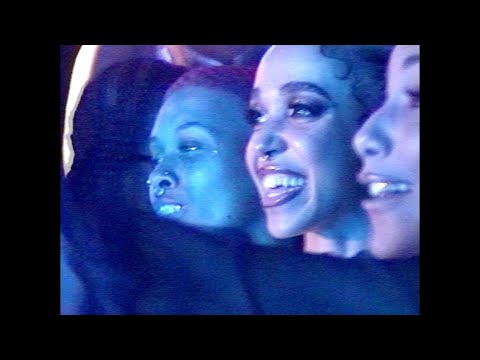 The film captures glimpses of FKA twigs’ performance at Afropunk intertwined with scenes from both the sacred moon dance and the Blue Flame, celebrating Atlanta’s dance community and rooting the craft of pole dancing in spirituality and matriarchal energy.

Together, with Queen Afua, FKA twigs created a space for the Atlanta-based dancing community. Empowering each other through dance and rituals, the short film shows elements of movement used by some of the first known healers. FKA twigs shares her intentions as the film progresses, “I decided to hold the second part of the all-female and femme sacred moon dance at Blue Flame, firstly to honor the heritage of pole dancing, but also to create a matriarchal dominance in a space that's usually filled with, and run by, male energy.”

We Are The Womxn concludes FKA twigs’ year-long campaign for her album Magdalene and was filmed during her global tour. The campaign kicked off with the last FKA twigs commission from WePresent, Practice, a short film that celebrates the physical training and creative process that culminated in her Grammy nominated music video ‘Cellophane.’ Practice delved deep into the making of FKA twigs’ journey to mastering the craft of pole dancing,  triumphantly pushing through physical and mental boundaries.

FKA twigs shares her take on the overall experience of creating We Are The Womxn, “I’m actually pretty shy but I felt so encouraged to dance and enjoy my body by all the amazing womxn who came together. I particularly bonded with one dancer at Blue Flame [named] Kharisma. She had such vibrant energy and at the beginning of the night she called the other girls on to the stage to be admired and supported in their expression. My experience at the Blue Flame solidified that, although historically womxn are often pitched against each other for their looks or their assets by the patriarchy, when left to our own devices we are incredibly nurturing and healing for each other.”

Holly Fraser, Editor in Chief of WePresent, shares, “We are delighted to launch We Are The Womxn, the latest project in the 4 year creative partnership between FKA twigs and WePresent. Traveling to Atlanta the project sees FKA twigs explore her evolving artistry and develop a deeper understanding of herself through learning from local womxn. It is exactly these stories of intimate and candid creativity that the team at WePresent strives to tell, while allowing artists the freedom they need for creative expression. In order to detail FKA twigs’ experience as authentically as possible we also worked with Atlanta-based writer Clarissa Brooks to bring the essence of the local community to life throughout the piece.”

FKA twigs reflects on her longstanding partnership with WeTransfer, "I’ve worked with WeTransfer on four projects in the last four years, they’re one of my closest creative partners. We made some incredible short films that I’m very proud of, exploring movement, practice and community. It feels more like family, rather than some big brand coming to suck your life and cool." 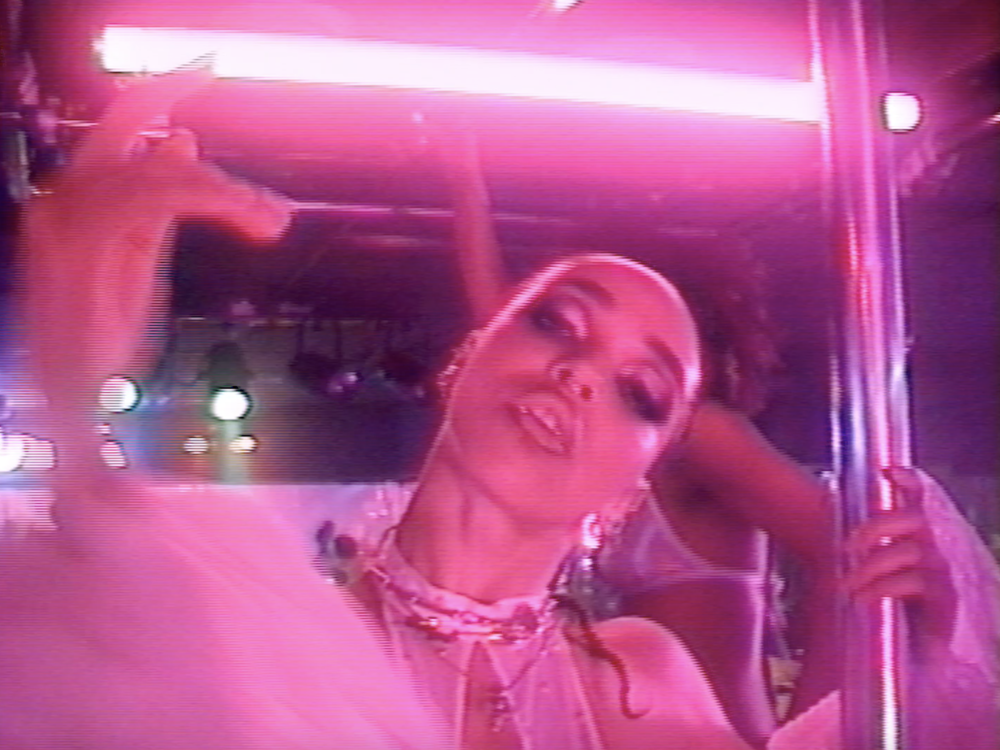 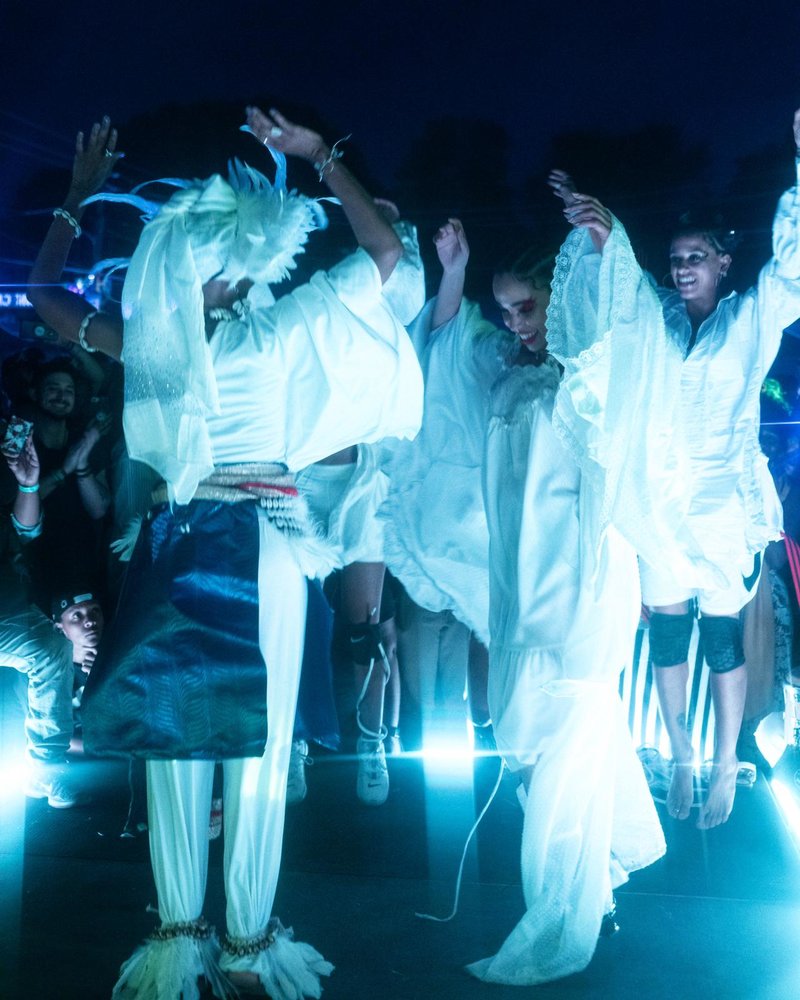 Jocelyn and Matthew at Afropunk Festival

WeTransfer makes tools to move ideas. Founded in 2009 in Amsterdam as a simple, well-designed file sharing service for the creative community, WeTransfer has grown to include tools that scale across the creative spectrum, including editorial platform WePresent (with 2M monthly readers), mobile app 'Collect by WeTransfer' (with 4M monthly users), quick slide-making tool Paste® (with 40,000 active teams), immersive sketching tool Paper® (with more than 25M downloads), and the original web platform with 50M monthly users and over a billion files sent each month.

FKA twigs and WePresent continue their creative partnership with short film, We Are The Womxn